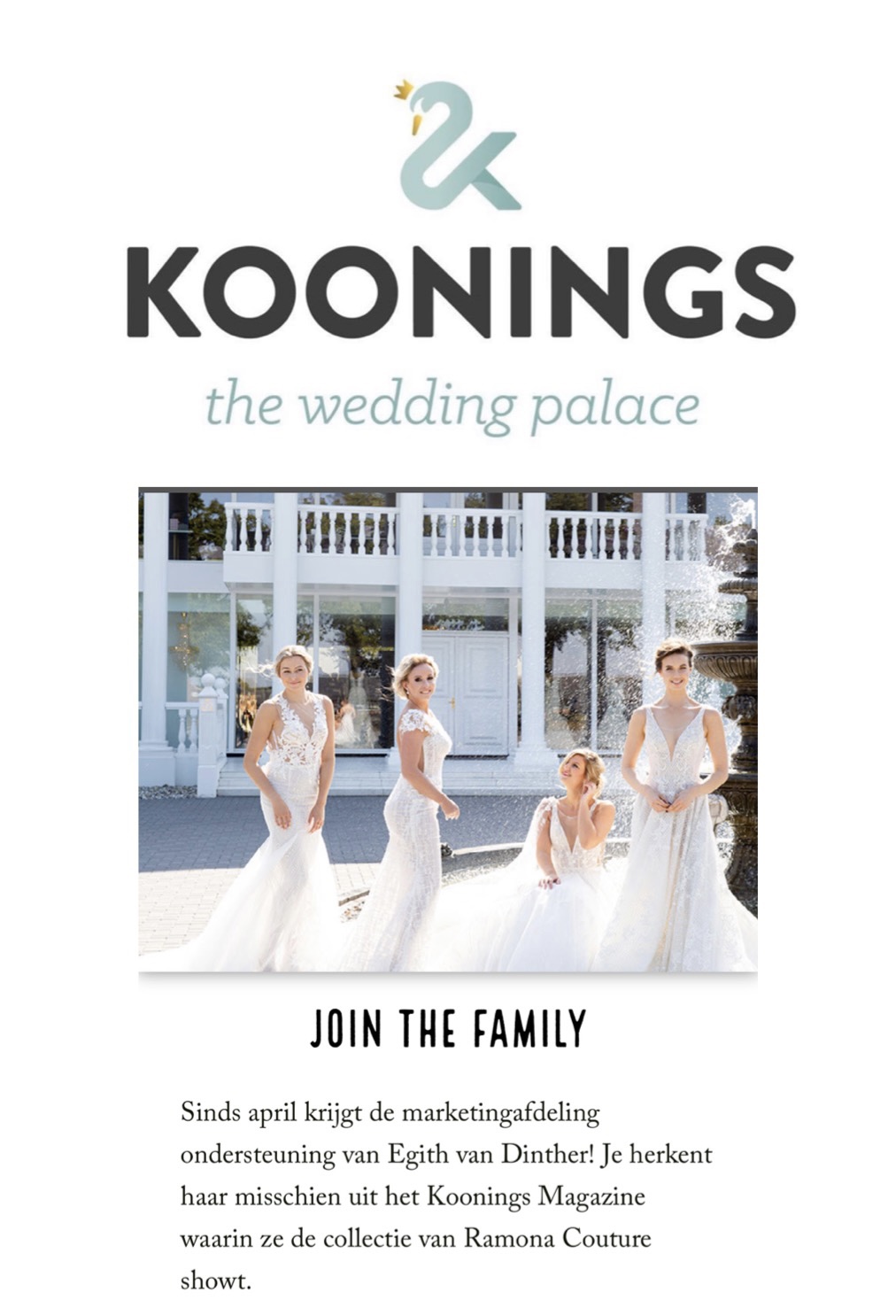 since April the marketing department has been supported by Egith van Dinther! you might recognize her from the Koonings Magazine in which she shows the Ramona Couture collection.