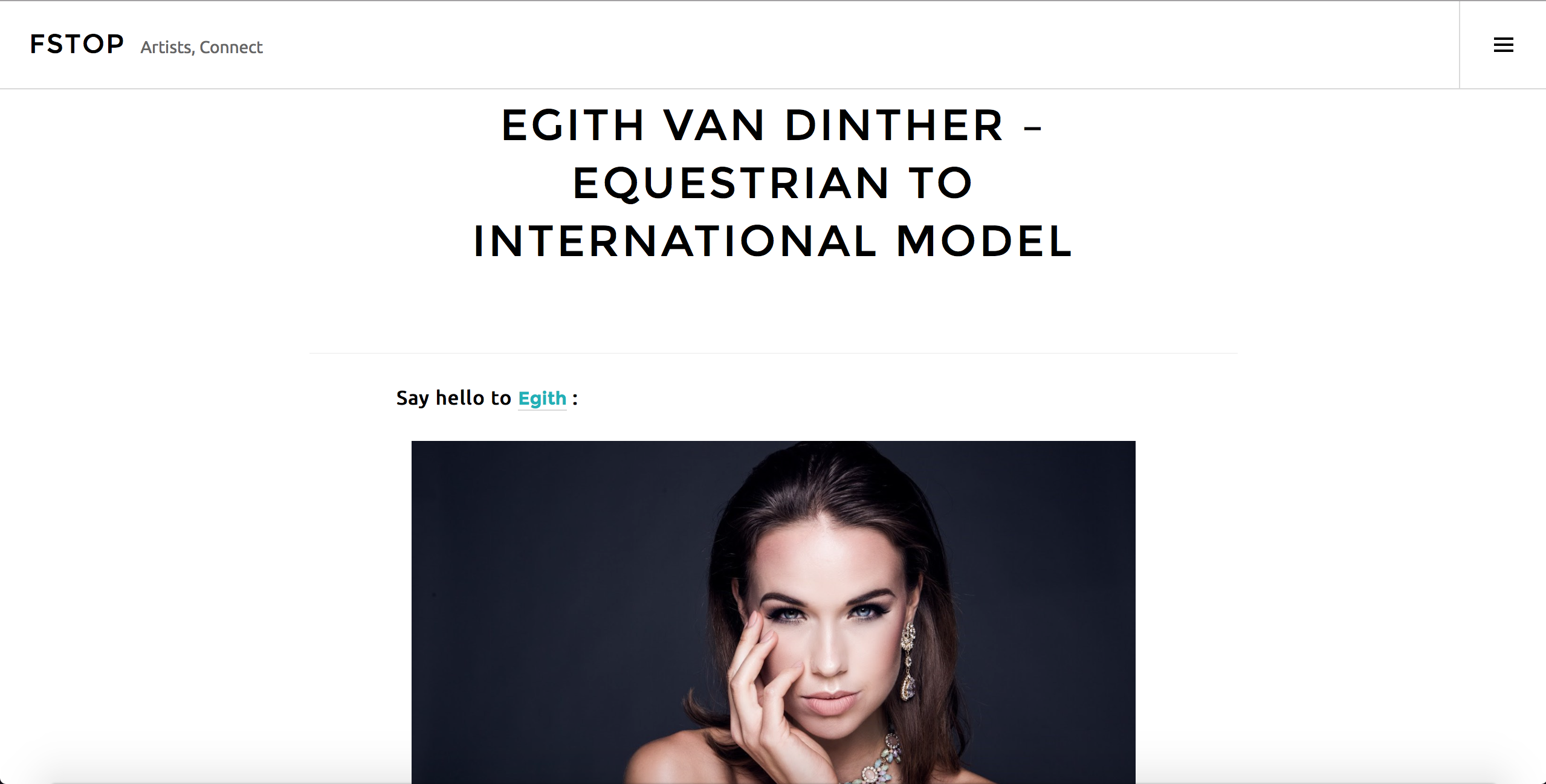 Check out my latest inerview with FStop @fstopfm.

This LA based company connects the best photographers and models true out the world.

Egith from equestrian to international model